A few years back I went to a book reading for an established writer who was teasing an excerpt from his new book.  This was following the rampant success of his prior work, a literary roman a clef I won’t name for reasons that will become clear below.

I remember two things about the reading.  One, after a fifteen minute passage in which the author and his mother nearly had lunch and almost had a conversation, an inquisitor in the back of the room said, “That was terrible,” then expounded at length as to exactly why and how it was terrible before walking out.

I would never ever want to be in the position of the writer, who had to deal directly with someone saying something he’d written stunk in front of a room full of people.  But at the same time, it really sucked. I mean, everything I hate about highbrow literary fiction was there.  The man was in love with words, so in love it took him fifteen minutes to describe something that should have taken maybe thirty seconds, provided one was interested in clarity and not “OMG look at all the big words I know!  Don’t I juggle them well?”

The second thing I remember was asking the author how he found a publisher, as I was still looking for a place for my own novel, Immortal.  The answer?  His first book was a graduate thesis, his professor was the brother of a literary agent, both were friends with his publisher, and off he went.

I hate stories like this, nearly as much as I hate self-absorbed navel-gazing novels on the human condition that make me want to jam a knitting needle in my eye.

And now I have a publisher

All of which makes my answer to the question, “how did you find a publisher without an agent?” that much more awkward.

You can read about some of my tribulations on getting Immortal sold in On Agents.  The reason I didn’t follow that up right away with an explanation of how I found my current publisher is that it’s… not an easy story to tell.  By that I mean I’m not sure what I can get away with telling you, the reader, without either getting into some sort of trouble or betraying a confidence.

But let’s start with the publisher I thought I had.  This company, which I also will not name, agreed to publish Immortal by the end of the summer in 2009, off of a contract signed in 2008.  The problem: they were some combination of supremely dishonest and supremely disorganized.  I believe there are several lawsuits pending on work published before I got there, for royalties never paid out, and my understanding is they are officially out of business.

All of which is good.  Because once I realized that none of the announcements I had made about the impending publication of the novel were going to be factual, I got out of the contract.

Sort of.  Getting out required sending them a certified letter and giving them some time to respond.  I’ve sent three, and all three came back unopened.  Legally, I’ve met all of the requirements for escaping the contract, but they never actually read any of the letters.

But the good news

My total gain after nearly two years of waiting for that publisher to get the book out is six copies of Immortal, sent to me three months after the last certified letter.  These copies are awful, ugly, and unreadable, but they would be the sole positive to come out of this period were it not for these words, sent to me by email: “get out of the contract; I’ll publish it myself.”

This came from a former employee of the evil publisher, one of the only people to have actually read the book they were publishing.  (The company said yes to anybody with a manuscript, I believe, as long as the electronic file was plausibly large enough.)

And that is how I found a publishing company: a former editor at a fly-by-night klepto-publisher that was butchering my manuscript decided to form her own company, and invited me along. 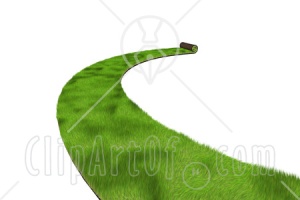 The path to success

Like the author whose professor pushed his thesis for him, my path to publication isn’t something that can be replicated, and is something that relies on a share of luck.  On the other hand, this is the same manuscript that has been waiting for over six years to see publication.  It was going to find a path eventually.  This particular one was just a bit unusual.