This may come as a shock to those of you that know me only from Facebook and Twitter, but I suck at face-to-face networking.

This is not for lack of trying.  I have attended a fairly large number of events in the past, but the only talent I appear to have concerns listening to conversations I’m not a part of, and testing the durability of the nearest support wall.

And I’m not positive as to why this is the case.  If I already know you, I can be charming and loud and funny, but if we’re fresh acquaintances for some reason I run out of things to say nearly immediately and start looking for the bottom of my beer.  And it’s not a stage fright thing, either.  In fact, if you’re a stranger I’d much rather communicate with you while I’m on a stage and you’re in the audience.

Here are two possible reasons I’ve worked out for this curious malady.

Explanation #1: “So tell me about yourself.”

I totally never ask this question.  I talk about myself, and then wait for someone to ask me more about myself.  Really, I’m exactly this selfish.  Worse, I’m terrible with names, and if I don’t see an angle where you can help me, I tend to drift off.

I’ve been reading a book on networking my wife foisted upon me– she may have thrown it at my head to get me to read it, but let’s keep that to ourselves– in which I’m told I should actually care about who I’m talking to.

But this only explains how I can’t seem to maintain a conversation, not how I don’t start any.

Explanation #2: I didn’t have anything to talk about.

This is wildly inaccurate, of course, but it seemed that way.  I’ve published three humor collections; spent nearly a decade writing humor columns, a blog, and multiple opinion pieces; I’ve had plays produced in four different countries; I’ve had multiple short films produced and a feature screenplay that’s won a major award; and I’ve done standup comedy.  In other words, by most measures I am fairly accomplished, and have a lot to brag about.

But aside from the aforementioned screenplay none of that is stuff I felt like I could fill up a conversation about.  Why?  Because of Immortal.

It is a truly soul-sucking thing to know that the best work you have ever written– again, with the possible exception of that feature screenplay– is sitting around unpublished.  Because on the one hand you’re happy to talk up that satire you wrote in 2002, but on the other hand you know it’s not your best work. In fact I’d be willing to argue that everything I’ve done since the end of 2004 I’ve done with this thought in mind: “if this takes off, I’ll have enough clout to get Immortal published.”

I’m serious.  Since 2006, I’ve written a sequel to Immortal, a brilliant-in-its-own-way novel called Fixer (which my wife is on record saying she likes better than Immortal), and multiple screenplays.  These were all accomplishments in their own right, but none of them were created without one eye on the prize: getting Immortal published, somehow, some day.

So I was maybe a bit reluctant to talk about the things that looked good on my resume because all I really wanted to talk about was the biggest failure on that resume. 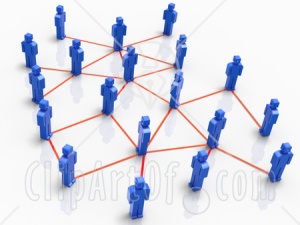 I have two meet-and-greet networking events over the next two weeks, starting with one tomorrow in downtown Boston.  And finally, I can talk at length about what I really want to discuss.  Hopefully, that will make a difference, and I can stay off the support wall for the evening.

Oh yes, provided I also make eye contact, give a firm handshake, ask them what they do and actually be interested in the answer, not look askance while they’re talking to me, learn their name, take their business card while they take mine, get my ‘elevator speech’ down, keep my hands at my sides and my shoulders back, and not have food in my teeth.

Can’t forget that stuff either.